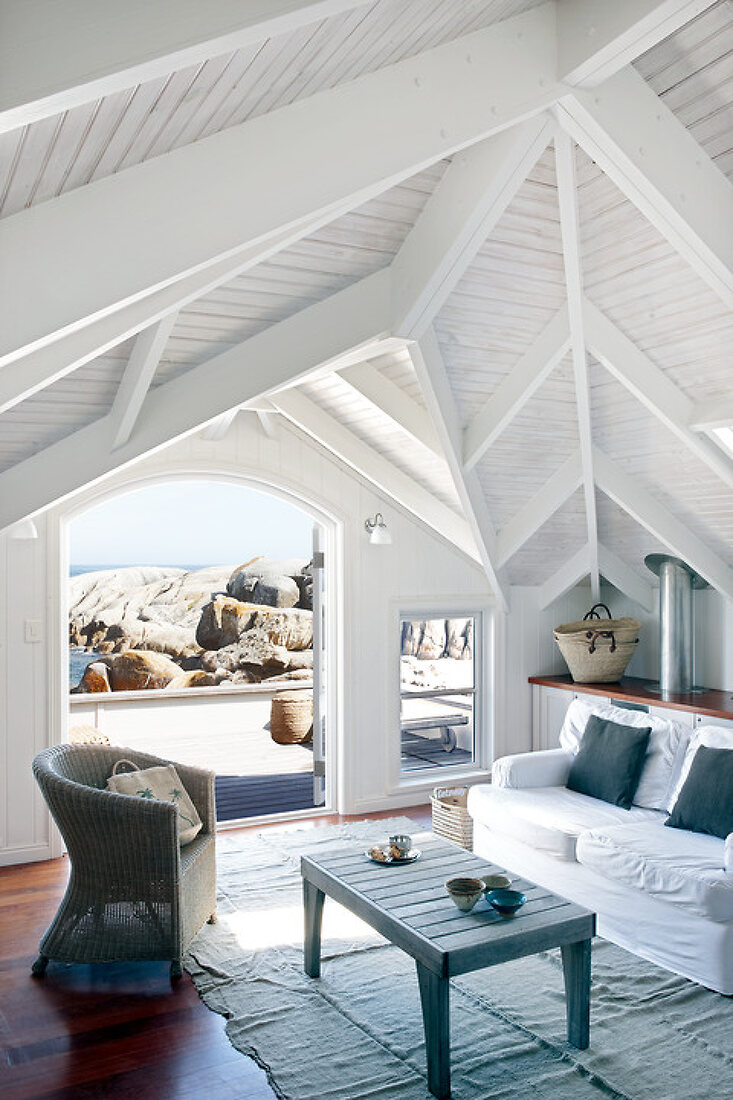 Back in the early 1900s city residents built ramshackle cottages on this beautiful beach, which they would populate over summer weekends and holidays. As the shacks were handed down to a new generation of owners, they were fixed up and an air of gentility descended on Bakoven, the sliver of beach named for an oven-shaped rock through which sea foam bursts like escaping steam in big-wave weather.

All images in this feature (16)

More features from this photographer

The skillful art of integrating design and living in Pretoria

A Tonic for Living

A love for collectibles, contemporary design, and family unite in Johannesburg